Just 20km’s west of Chianti, sits a medieval town called Certaldo. The town is divided into two parts: Certaldo Alto and Certaldo Basso. The latter is the newest part of town, while Certaldo Alto is the perfectly preserved old Medieval walled town, rich with story and history, easily accessed by a funicular railway.

Despite that most the town was rebuilt and restored following World War II, the history of Certaldo dates back to the Middle Ages. Aside from day trips to Certaldo, this town is best explored at night when the only sound that can be heard echoing throughout the cobbled streets and piazza’s, are crickets chirping.

Certaldo’s origins can be traced back to the Etruscans. According to history, the Tuscan town emerged in the mid-1100s, when the Imperial edict placed the castle under the direct control of the powerful Counts Alberti. For years the family allied (and rivaled) with key figures within the political Florentine party, until the Signoria stripped them of their power and belongings in 1325. From 1415 to the end of the 1700s, Certaldo was under rule of the Vicariate of the Elsa Valley, who removed all judicial and political power.

Nowadays Certaldo is widely known as the home of one of Italy’s greatest writers, Giovanni Boccaccio — also known as the Italian Chaucer. The poet and scholar was born and died in Certaldo in 1375; and at a certain point was even ambassador of Florence in 1350. His iconic Italian prose Decameron, was written following the death of half of the Tuscan population from the Black Death. In over 100 novellas, Boccaccio recounts tales from the erotic to the tragic. The book is structured as a frame structure, told by a group of ten Florentines sheltering in a villa outside of Florence, in escape of the Black Death.

The sensational Palazzo Pretorio rules Certaldo Alto, from the old town’s main street at the top of the city. On the façade, multiple shields made of colorful ceramics — a style popular during Renaissance — honour Certaldo’s many presiding Vicars. A total of 707 Vicars administered Florence’s justice from the courthouse — this included members of the Ridolfi, Medici, and Pitti families.

You would never expect to come across an ancient Japanese tea house dwelling in the small garden, but to your dismay, you will find it right here with tatami matting, which was a gift from the Asian twin town to Certaldo in 1993.

In Certaldo you will also find Santi Michele Jacopo, a church made of brick using the façade from the 13th century-plus Romanesque-style ceiling. During the 1300s, Giulia Della Rena chose to devote her life to God and lived in a cell for 30 years; her skeleton is well-preserved within the building. There are also 15th-century paintings around her that showcase her miracles and notable scenes in her life.

Although his bones were transferred in the 1780s to a cemetery nearby, at the nave of the church lies Boccaccio’s tomb. The author probably lived at Casa del Boccaccio in the years before he met his death. The initial building was brought down during World War II, but it was reconstructed in 1947. The building houses an archive and a specialist library.

Enjoy a peaceful morning walk through the eastern town walls, past the Porta del Sole and it’s beautiful decorations of the court of arms for the Medici.

What to eat and drink

The Cipolla di Certaldo, recognised by Slow Food as a Presidium, is harvested here in the summer. This onion is of important status here: Boccaccio praised his onion in the Decameron, it sits on the town’s coat of arms and you can even find Certaldo onion flavored ice cream at the local gelateria.

Osteria del Vicario also offers tourists and visitors the best fine-dining Tuscan food with snug romantic tables. On this side of town, you can enjoy traditional ingredients with a touch of modern techniques and exquisite seasonal menus. While Vicario is not that cheap, it is worth the price you pay for the delicious food.

Finish up your day listening to jazz at nearby Il Castello — make sure to order Italian classics such as Aperol and Cynar.

Artesia is among the best ceramics in Tuscany. Here every item is handmade, painted, and fired by two proprietors. The two also offer majolica painting and pottery courses.

There are lots of high-end villas to spend a week exploring Certaldo and Tuscany from, including La Casa Rossa. This villa sits amid vineyards and wildflowers, on a hillside which offers visitors a panoramic view of the Tuscan landscape. The villa is made of sleek furniture and finishes with a precise touch of class. There are spacious and bright rooms, air-conditioned bedrooms and a modern kitchen. A gorgeous landscaped garden orchestrates the way to a relaxing swimming pool via a tiled terrace. This is the perfect getaway for families and friends. 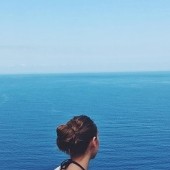 Must do Things when you Plan your Vietnam Cambodia Laos Holiday

Things to do in Doi Suthep – Chiang Mai, Thailand